ROOM AT THE TOP BOOK REVIEW Room At the Top is our Feature Book for Obscure Book Club. Check it out Here.

“I wanted an Aston Martin, I wanted a three-guinea linen shirt, I wanted a girl with a riviera suntan – these were my rights, I felt, a signed and sealed legacy”

Joe Lampton seeks desperately to rise from poverty into the oh-so attractive world of wealth and privilege. Handsome and intelligent, he believes he has found a way to get everything he ever wanted as he pursues Susan, the beautiful young daughter of a wealthy factory owner. However, he is presented with a dilemma after he falls in love with Alice, an older married woman. 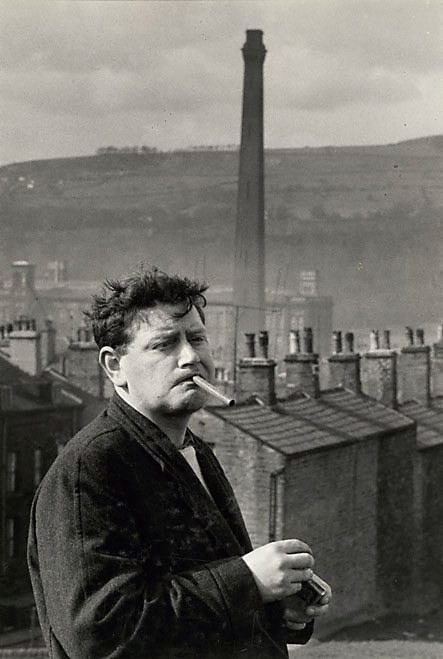 While some readers will undoubtedly outright dislike the hero, I found myself cheering for Joe Lampton. You want him to get what he wants even though you can see it’s no good for him. His witty internal monologue makes him endearing even if he is manipulative and shallow at times. The first-person narrator also allows us to see Joe’s self-aware and harsh judgments of himself. He cringes at his own insincerity and in doing so reveals that he is not entirely insincere. I saw him as a lost boy, and I wanted him to find his way. On the one hand Room at the Top is very much rooted in its time and place, examining the wavering but still very much intact class hierarchy of 1950s Britain.

The author John Braine is seen as one of the “Angry Young Men” a group of writers distinguished for their class consciousness and disillusionment with traditional British society. Reading Room at the Top, you can hear the voice of a grammar school boy from Bradford. However, the novel still feels relevant. It explores a budding culture of materialism and presents a protagonist who is obsessed with wealth, reducing the women he claims to love to things to be acquired. The story poses the timeless question: what really makes us happy?

This is a story filled with poignant social observations and dialogue that feels strikingly real despite its age. It portrays love and sexuality with great delicacy, yet it is unflinching in its heartbreaking conclusion.

My school librarian recommended this book to me when I was 16. Reading it, I felt like I could see the ideas it dealt with, aspiration, class, privilege and the objectification of women, coming alive all around me. Yet I wonder if I really learned anything. Looking back, I think the wisest words are those spoken by Joe’s father “Mind what ah say Joe. There’s some things that can be bought too dear.”

If you like the sound of this review, Buy the Book Here